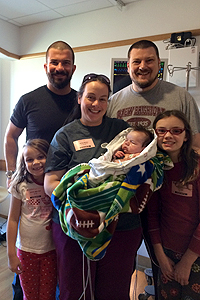 Darren Miller has always been a firm believer that charity should play an important role in everyone’s life and that helping those who are less fortunate is not an option, but a necessity. As a result of these beliefs, Darren, along with Cathy Cartieri Mehl and their families, established Team Forever and the Forever Fund in December 2009. This foundation is dedicated to the memory of Mehl’s father, Anthony Frank Cartieri, and aids families in their struggle to afford the small costs associated with caring for their child in the infant cardiothoracic unit of UPMC Children’s Hospital of Pittsburgh.

Learn Why & How The Forever Fund Came To Be By Watching The Video: 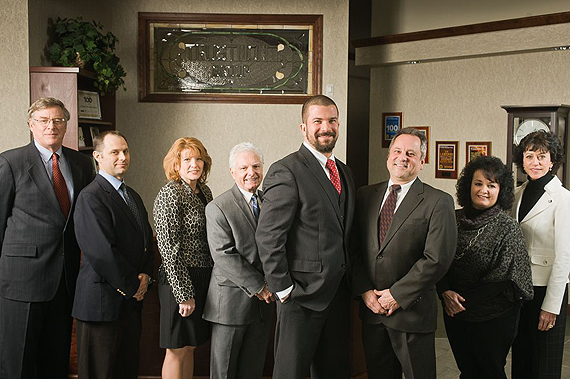 “Sometimes you just know. I met Darren as a guest speaker for the Greensburg Rotary. Although he and I had never met, with his opening remarks about swimming the English Channel, and acclimating his body to cold water by lounging in a frozen cattle watering trough that required breaking the ice to enter, I knew we were destined for a great journey! After lunch I introduced myself and suggested that I would be calling to discuss how we could accomplish his ‘Oceans Seven’ dream together. Darren later told me he didn’t believe I would ever follow through with that call. Well, I did! When like-minded people direct their resources, talents and determination to a shared ideal, the power of together makes the exceptional achievable. Darren, our journey has just begun!”– Peter Dochinez, Sponsor

Team Forever is a recognized 501(c)(3) nonprofit organization. All donations are tax exempt.

UPMC Children’s Hospital of Pittsburgh depends on charities like Team Forever and generous donors, such as you, to help families with children in need. Your generosity is much appreciated and 100% of every contribution is donated toward the cause.

Team Forever donation inquiries can be sent to: 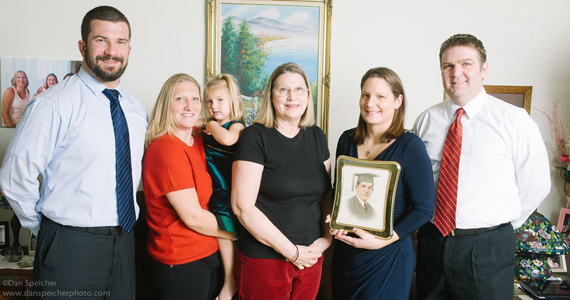 “Darren’s dedication toward raising money for the Forever Fund in honor of my father means the world to me and my family. We are extremely thankful and proud to know Darren and have him in our lives. If my father knew Darren, he would have said ‘they don’t make men like that anymore’ about him.”
– Cathy Cartieri Mehl, Forever Fund Co-Creator & English Channel Sponsor

“In addition to the stress of watching our newborn son struggle so mightily in his first two months of life, we have faced a great financial burden as well. Covering the mounting expenses of Jacob’s medical care, along with the expenses of multiple visits to the hospital, meals, and general expenses at the hospital, all while trying to maintain some normalcy for our two daughters at home, has proven to be difficult at times. The gift from Darren Miller and Team Forever, made possible by supporters of Team Forever and its mission, has eased our burden and allowed us to focus on Jacob’s care and recovery. We are forever grateful to Darren and those that contribute to the Forever Fund!”
– Richard W., Father of Jacob, Team Forever Donation Recipient 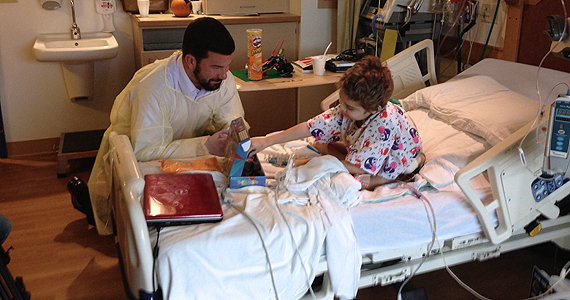 Two-year-old Justin was facing the second of the three staged cardiac surgeries he would need to repair his heart. Justin and his family live in Westmoreland County, well over an hour away, but were not quite far enough away to qualify for Ronald McDonald House housing. They would not be able to afford a hotel room for the entire two weeks Justin would be at the hospital. Complicating the situation was the fact that Justin’s dad has a medical condition that prevents him from driving. That meant that Justin’s mother would need to make all the trips herself on cold January nights, after long days at the hospital—and Justin would be left alone overnight.

Thanks to the Forever Fund, the family—including Justin’s four-year-old brother—was able to stay at Family House in nearby Shadyside. They were therefore able to stay together as a family unit during Justin’s 16-day stay at the hospital while he underwent his cardiac surgery and recovery. Because Family House is so close to the hospital, Justin’s mother could stay overnight with her young son throughout the entire 16 days. She could also quickly drive to Shadyside in the morning, so the whole family could be together during the day. Without the Forever Fund covering the cost of Family House, Justin’s stay at Children’s Hospital would have been a much more difficult and complicated ordeal. By keeping this family close together, the Forever Fund directly impacted the amount of stress, anxiety, and fatigue the family experienced. Most important, Justin had his family with him the whole time he was at Children’s Hospital.

“Let me introduce you to our sweet daughter, Lydia. She is 3 months new and loves to cuddle. Lydia has found her thumbs and plays with her long brown hair. She has the cutest chubby checks, and beautiful big eyes. Her big 2 year old sister Julian enjoys hugs and gives kisses. Lydia was born with Hypoplastic Left Heart and Bilateral Hyronephrosis. This makes her treatments difficult because both conditions are severe/ After on heart surgery, 3 heart caths, and 3 months at Children’s Hospital of Pittsburgh Doctors believe she does not qualify for transplant and will not survive the surgery she needs her to live long enough to be reevaluated later. We decided to take her home, both take a leave from work and be a family as long as we can. Thank you for your financial support as we can have more time together.”

Jenny was just a baby when she was diagnosed with a heart condition that would require multiple surgeries. When Jenny was being scheduled for surgery number two, her mother realized she did not have a way to bring her daughter to Children’s Hospital in Pittsburgh. Jenny’s family lives in Erie, and while Erie County had provided transportation during the baby’s first surgery, budget cuts meant that this transportation was no longer available. Jenny’s mother, a single mother of four, had been meticulous about getting her youngest child to every appointment. But unless she had help with gas money and lodging expenses, she simply would not be able to bring Jenny for this time-sensitive surgery. The Forever Fund was able to ensure that Jenny’s mother could schedule her daughter’s surgery knowing they would be able to get to the hospital.

Even after the surgery, Jenny often had to return to Children’s once a week for tests and appointments. Without gas money for these weekly trips, Jenny’s mother would be forced to leave the baby here indefinitely so she would be sure to get the medical care she needed. Or, if Jenny’s mother stayed with her daughter in the hospital, there would be no one at home in Erie to take care of her other children. (There were no family members who could step in and become a full-time caregiver for the other three young children.)

Jenny’s mother was faced with the impossible choice of either leaving a very sick infant alone in the hospital for weeks at a time, or placing her other children in foster care. Thankfully, the Forever Fund was able to pay for gas money that got Jenny and her mom to and from Pittsburgh each week. Jenny is now two years old and just came to Children’s for a follow-up visit. She has one surgery left to go, but her doctors are hopeful she will grow up healthy and strong. The Forever Fund helped to keep a family together and helped to ensure that this little girl would have the very best chance of a happy and bright future.

If You Would Like To Schedule Darren Miller For An Appearance Or Speaking Engagement: